Hand tremors and the giant-button-problem

In this article we’ll examine an overlooked accessibility problem that mainly affects users with hand tremors. It’s in almost every interface out there, but barely ever highlighted in accessibility guidelines or discussions. It’s also super easy to fix! 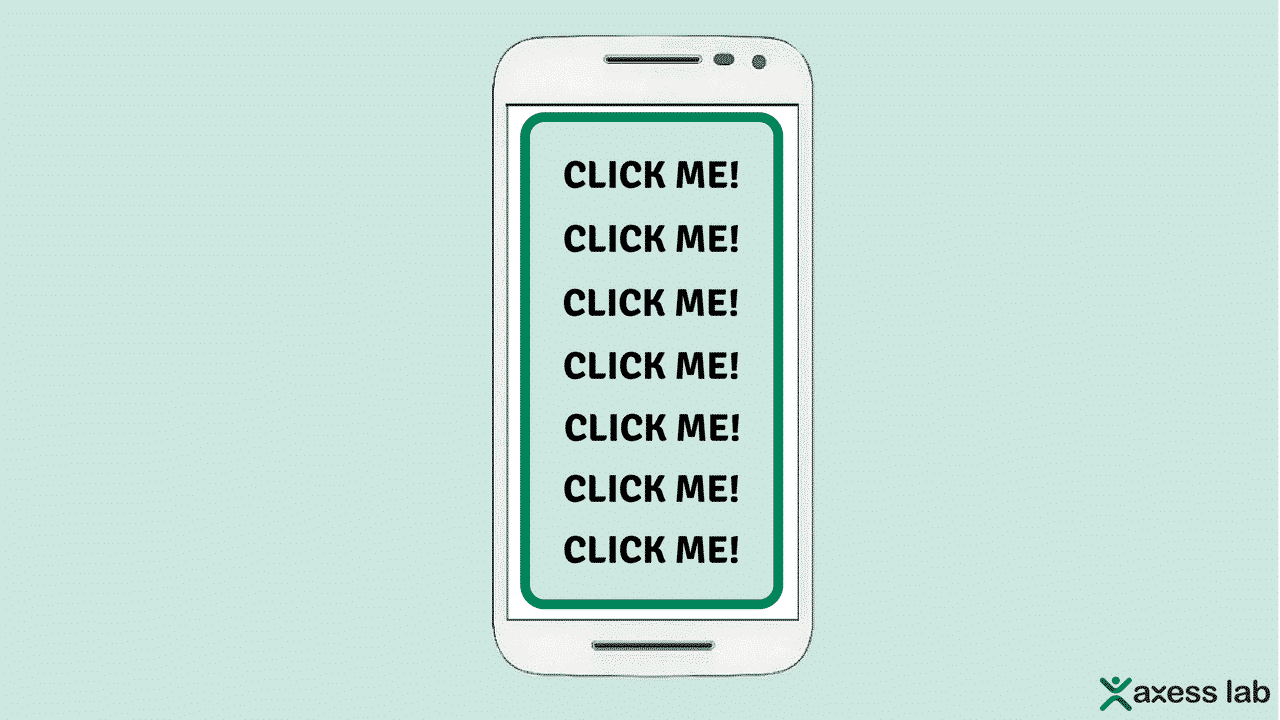 We’re writing this together with Erik Zetterström of ICT Enablers. Erik has worked with accessibility products, services and standardization since graduating in 2003, with a Master of Engineering in Computer Science. A few years ago Erik was diagnosed with Parkinson’s disease.

Have you ever clicked something by accident? Most of us have. Maybe as you tried to scroll on your smartphone while on a bumpy bus, train or car ride? Annoying, right!

For a lot of people with hand tremors – caused by for instance Parkinson’s disease or essential tremor – unintentional clicks happen all the time. Especially while scrolling on a touch screen.

If you think about it, touch screen scrolling requires a lot of fine motor control. You need to place your finger on the correct part of the screen, flick it at the right speed and in the right direction, and most importantly: keep it on the screen at all times during this gesture.

Oops! I clicked it again

Many web and app interfaces are designed in a way that causes big problems for users who have a hard time with this scroll gesture. Luckily, there are simple ways of making your interface more hand-tremor-accessible. Let’s dive in!

A lot of sites and apps contain lists of clickable things, for instance products or news articles. These are usually placed back-to-back, with no space between the touch targets. Like this: 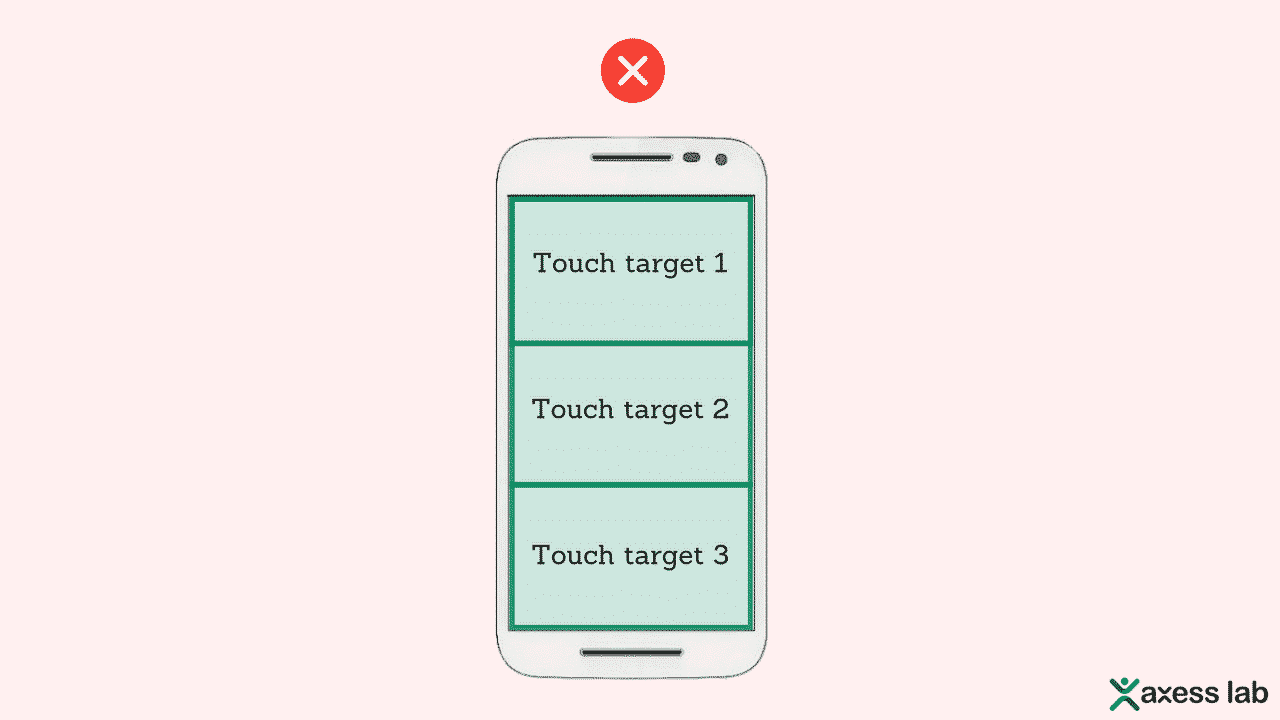 Here is a video showing a user with Parkinson’s disease trying to scroll through such an interface during a user test we carried out a while ago. He speaks Swedish, so turn on the captions if you’re not one of the 10 million people who understands our fine language!

If you look closely, the user is trying to place his finger between the news stories. He’s hoping the space is unclickable, so that an accidental tap while trying to scroll will not activate a link. However, every part of the screen is linked. It’s like the whole interface is one giant button – hey what a clever comparison, let’s add that to the title of this article!

Here’s a quote from the video that explains the essence of it:

They should add some space between the different objects so that I can put my finger down without activating something.

It would help enormously if there was just a little bit of space between each touch target in the list. Like this: 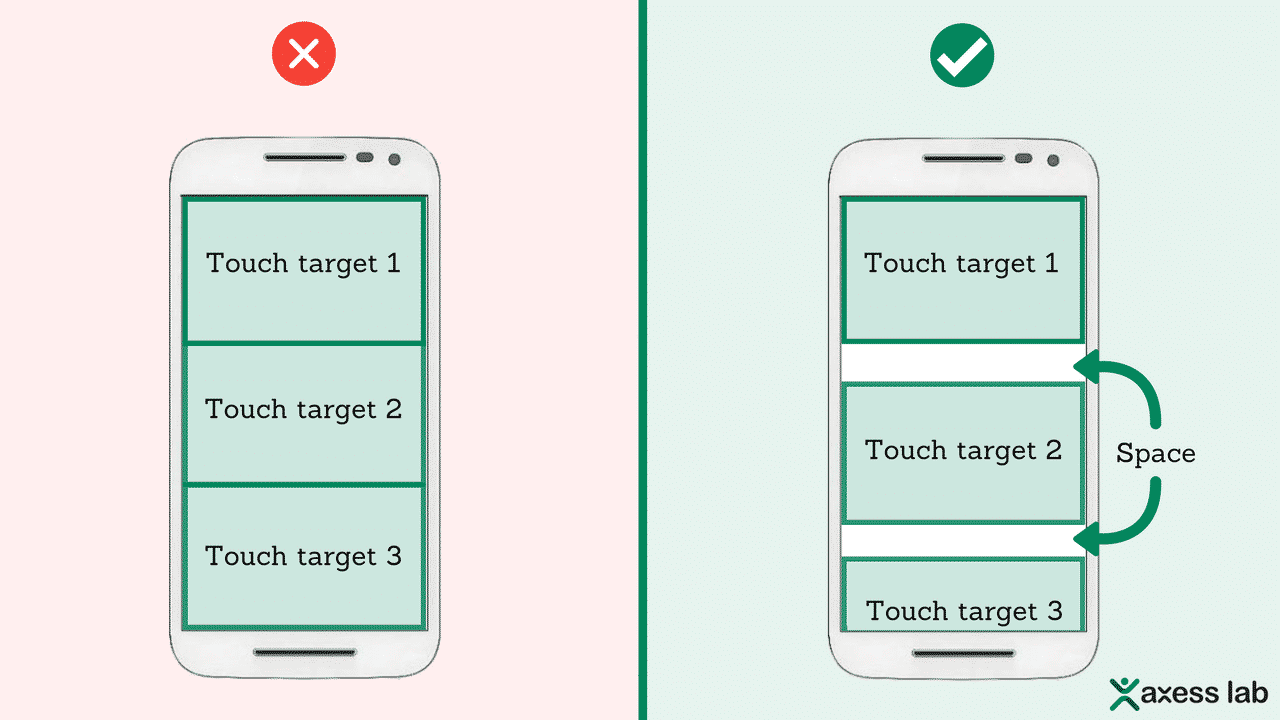 Now users can place their finger in that unclickable space and accidentally tap without flying off to another page. A little space between the touch targets also makes the interface feel less crowded. Win-win!

This is how it looks on our site, scrolling through our articles. Not too shabby, right? 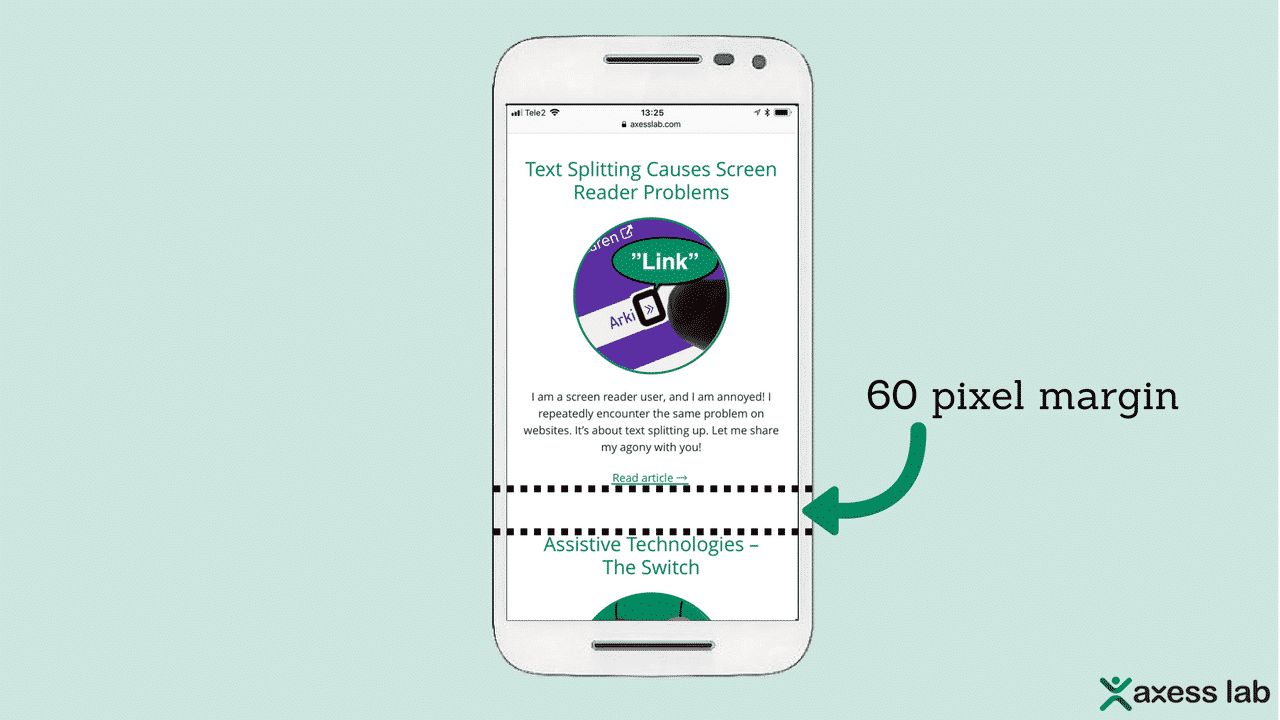 Hey browsers! You can help out too

Another way of solving this scroll-conundrum would be for browsers to make it possible to have a scrollbar visible at the side of the screen on mobile. 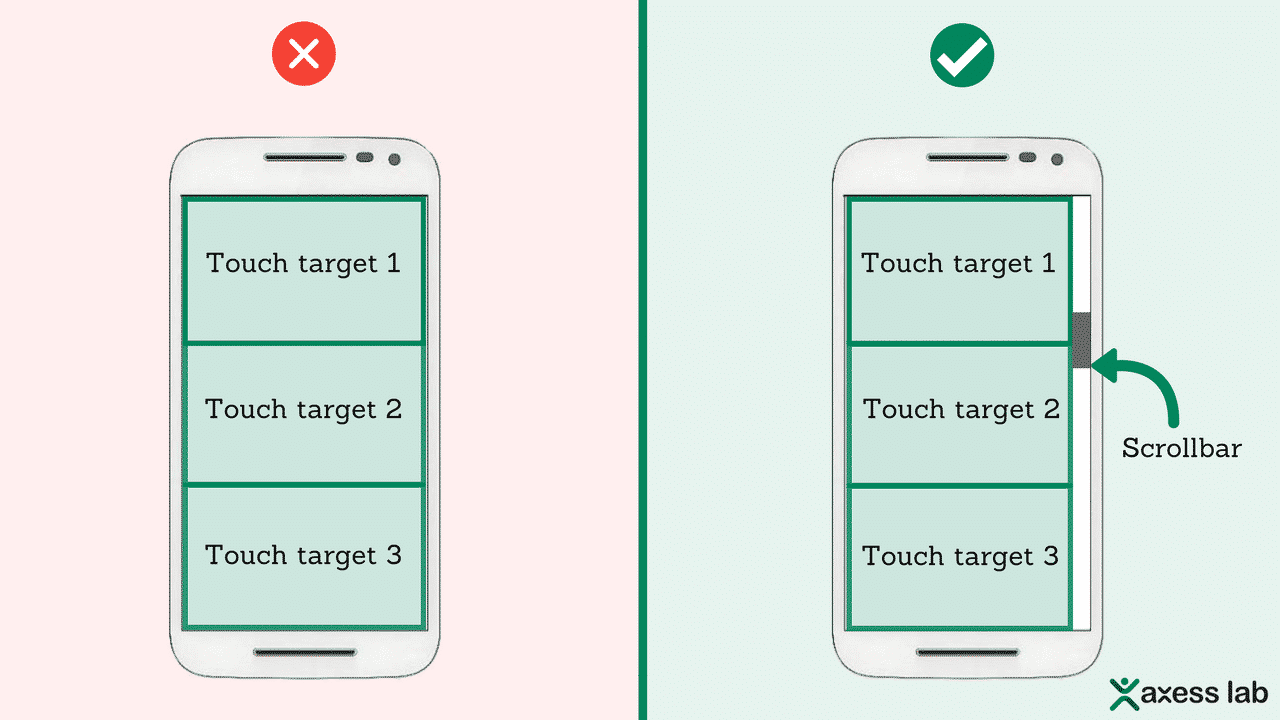 The scrollbar could be activated through the browser’s settings menu – or in some other smart way – so it doesn’t have to show all the time for all users.

But wait! Why isn’t this in the accessibility guidelines?

We don’t know. The Web Content Accessibility Guidelines (WCAG) do not include this problem. We can only speculate as to why. It might be because:

Whatever the reason, the lack of focus on motor impairments in accessibility guidelines is a big problem that needs to be addressed. Hopefully the folks working with the 3.0 version of WCAG are listening!

Also, this illustrates the point we make time after time: you need to user test with people with disabilities. No checklist or guideline will ever be able to replace meeting actual users and watching them use your product (tell us if you need help with this).

Thanks for showing an interest in accessibility by reading this article. Hopefully you’ll help out in making the web a little more inclusive. Make sure there’s some unclickable space on each screen, it’s as simple as that!

If you liked this article, here are some others you might enjoy: