A switch is an assistive technology primarily used by people with motor impairments to access and control computers, smartphones, electric wheelchairs, smart home appliances and more. Let’s look at some switches in action and go through how you design switch friendly interfaces.

So what is a switch?

At it’s core, a switch is simply a way for a user to activate a control. This can be done in multiple ways, and different users prefer different switches.

The classic example of a switch looks like a big round button: 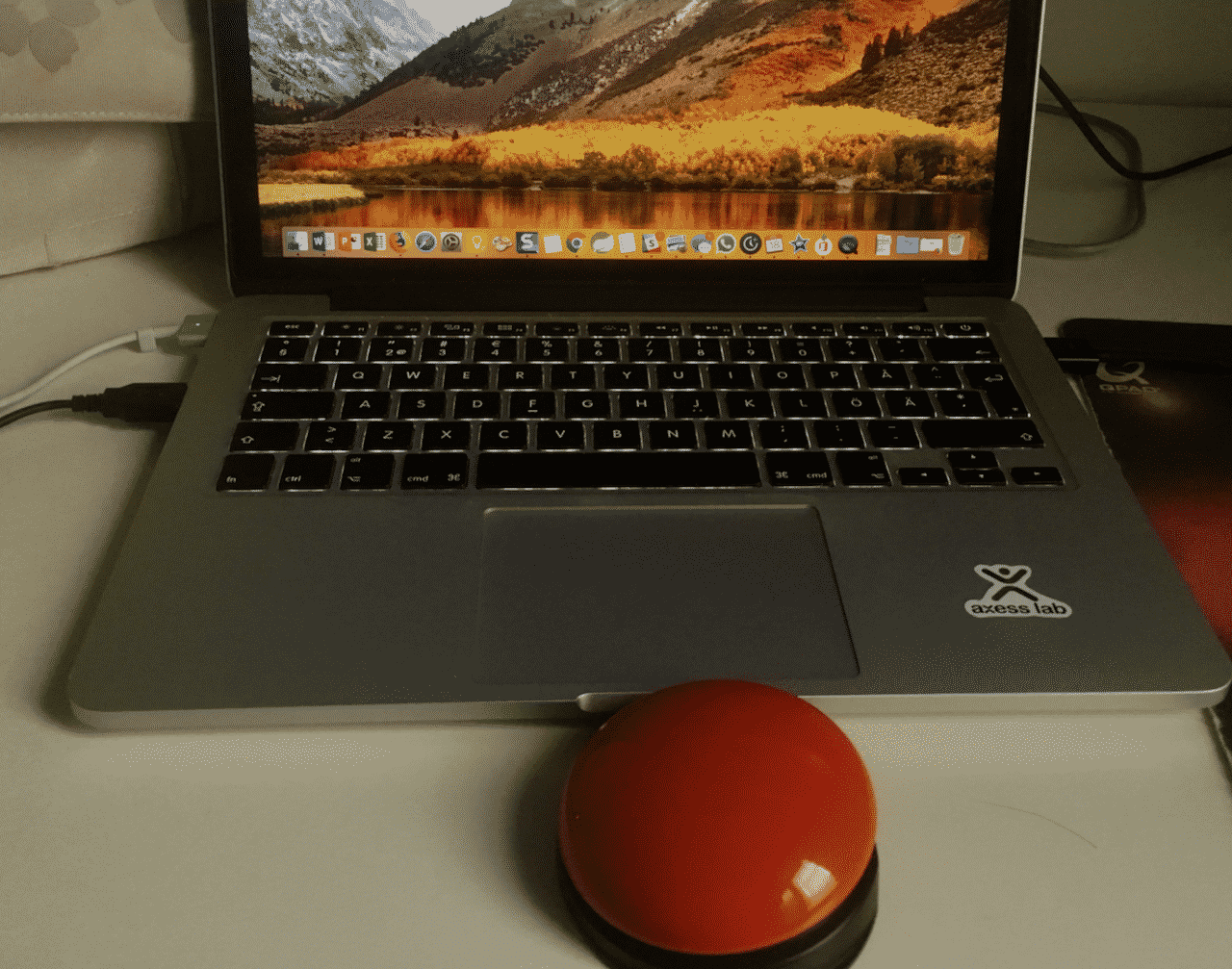 This type of switch can be placed in the users’ hands, by their head, elbows, feet or wherever they feel most comfortable with it.

On the screen, there’s usually a focus indicator moving automatically across the different objects, and the user clicks by activating the switch. Some users have multiple switches and can use one to move the cursor forward and another for clicking.

Video editor Christopher Hills has multiple switches placed on his head rest. Here’s a video where he shows how he uses his switches together with Apple Switch Control.

World famous theoretical physicist Stephen Hawking used a handheld switch, or “clicker”, earlier in his life. But as his control of his hand muscles decreased due to his Amyotrophic lateral sclerosis (ALS), he now uses a “cheek-switch”. If you look closely, you can see it in the video below. It’s a black sensor just below his glasses. So he moves his cheek to activate the switch.

On Stephen’s screen, a focus cursor will move across his computer’s interface automatically, and he moves the cheeck-sensor to activate the object in focus.

Most operating systems integrate with switches right out of the box, with no need to download special software or apps. For example, Apple devices have a setting called Switch Control (Settings, General, Accessiblity, Switch Control) and Android devices have Switch Access (Settings, Accessibility, Switch Access). You can use a Bluetooth keyboard with an iOS or Android device to try it out yourself. Or buy a switch, the cheapest ones cost around € 100.

Another type of switch is a “Sip-and-puff”. In this case, the users activate the switch by either inhaling – sip – or exhaling – puff.

Usually these types of switches come with a lip-controlled joystick that moves the mouse cursor on the screen.

Here’s Mark Willits demonstrating how he uses a sip-and-puff switch Jouse in combination with voice recognition software and an on screen keyboard. 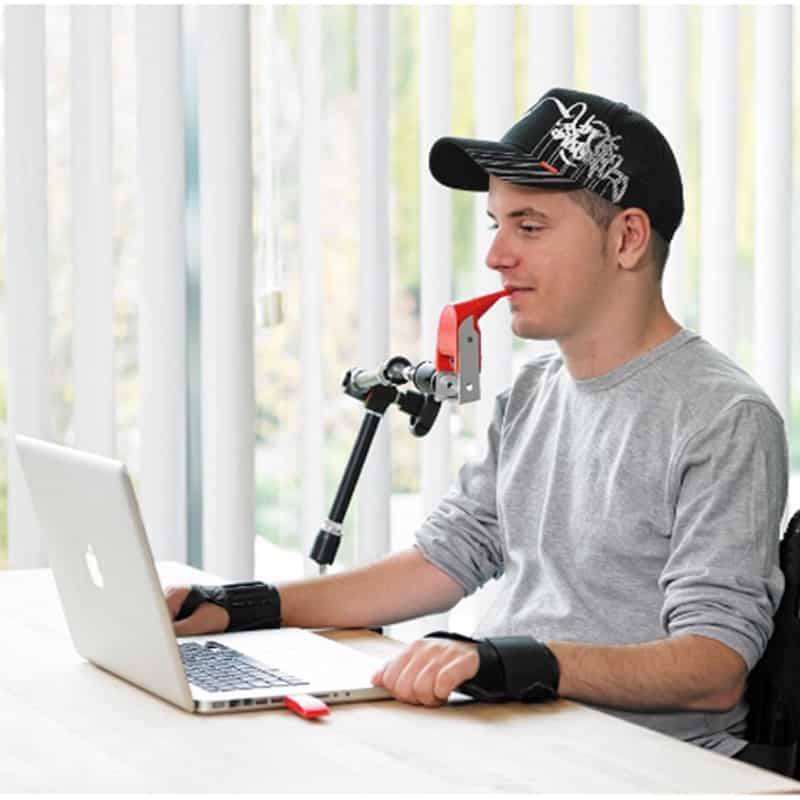 Not only people with motor impairments use switches. Some people with intellectual or learning impairments can find keyboards or game controllers too complex. They use switches to play simple games, communicate using digital boards or quickly access their favorite sites.

How to design switch-friendly interfaces

Here are some things for developers and designers to think about when designing digital interfaces for switch users.

There are – of course – more things to consider when creating switch accessible interfaces, but I think that is enough detail for this introductory article. Get in touch if you want a more complete checklist on switch accessibility: hello@axesslab.com!

Hope you learned something new! Thanks for reading and leveling up your accessibility know-how!