Real Facts about the Elderly and the World Wide Web

There are lots of stereotypes about the elderly and tech or the world wide web. Many portray the over-sixty crowd as being unable to cope with modern tech.

But is this stereotype correct? That’s what Dr. Nikola Djordjevic, from the site medalerthelp.org set out to learn. His team compiled all of the information into a comprehensive infographic and the results may surprise you.

We got their help to break it down into smaller, more manageable pieces and transcribe the contents for our non-visual readers. Let’s go through the stats one by one.

So, in terms of usage, seniors are a lot more active online than you may have suspected. 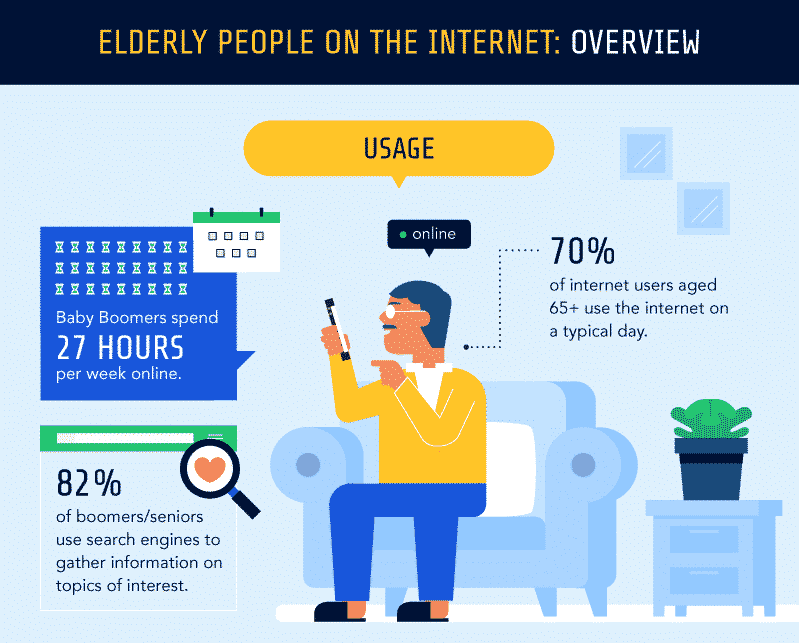 Why do they use it?

So, the internet is viewed by many of the elderly as a valuable resource. 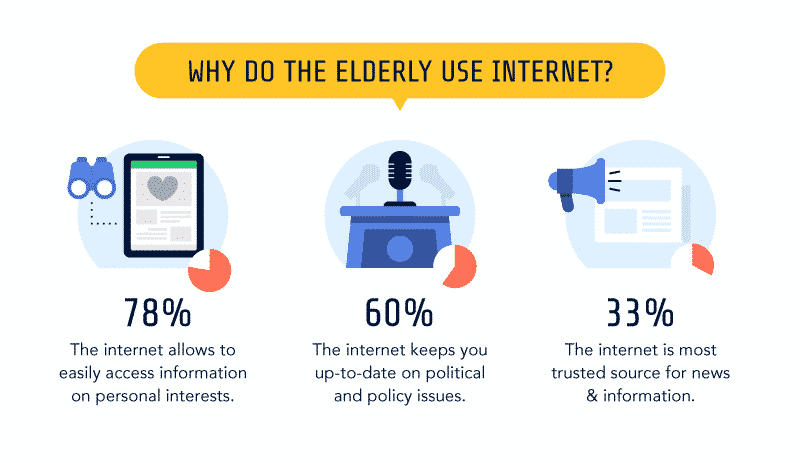 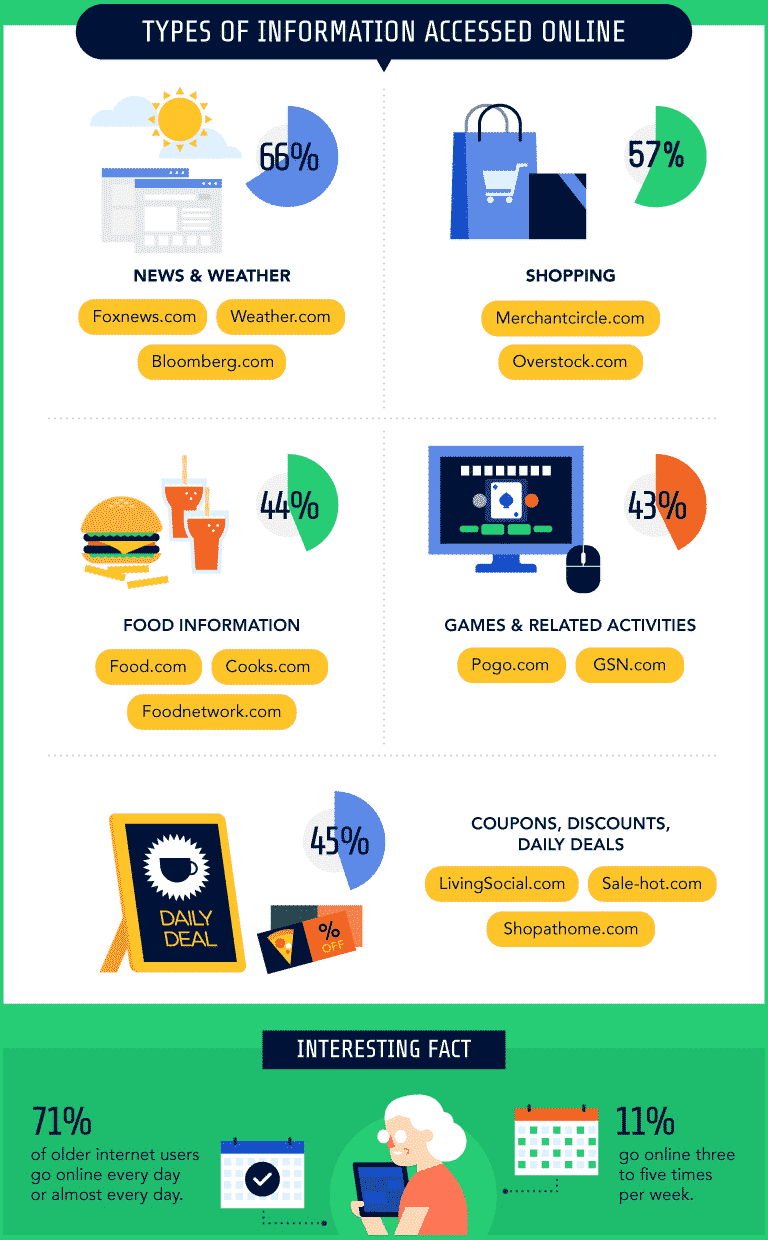 What can the internet be used for? 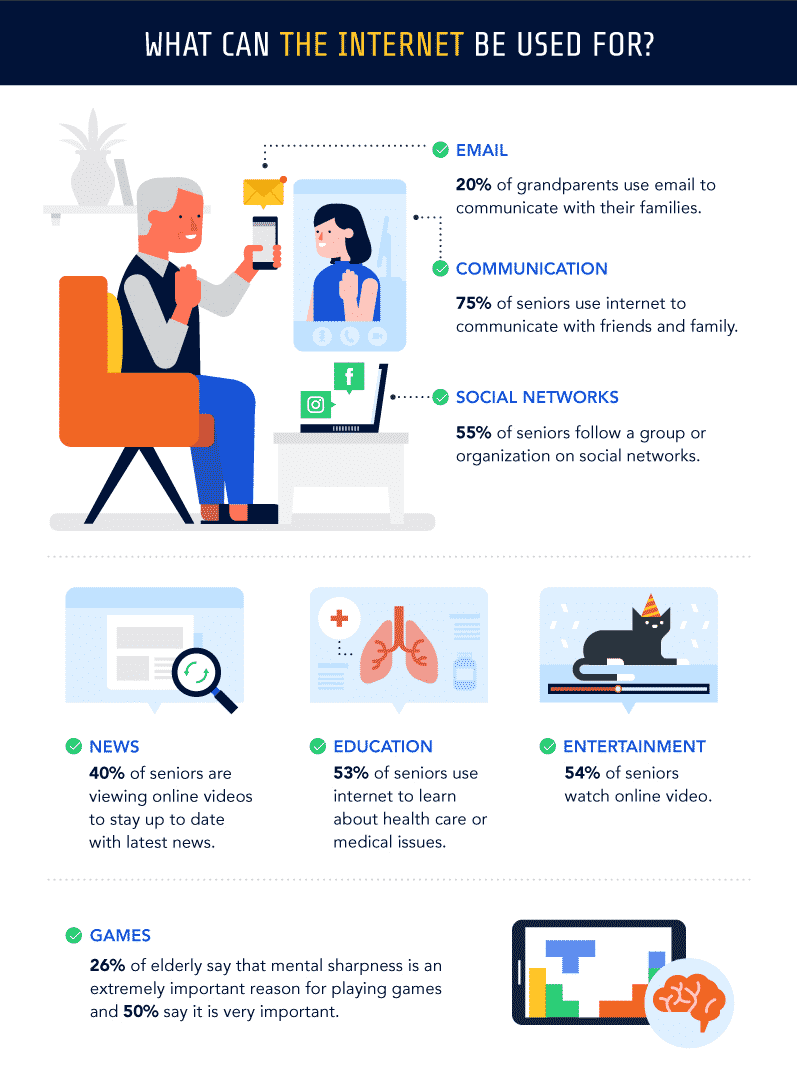 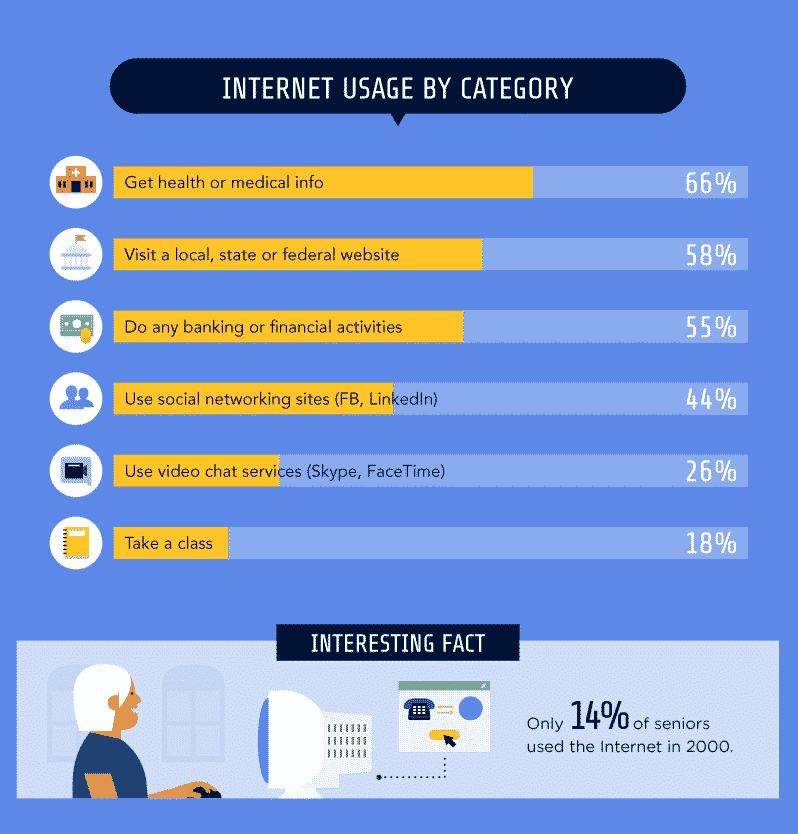 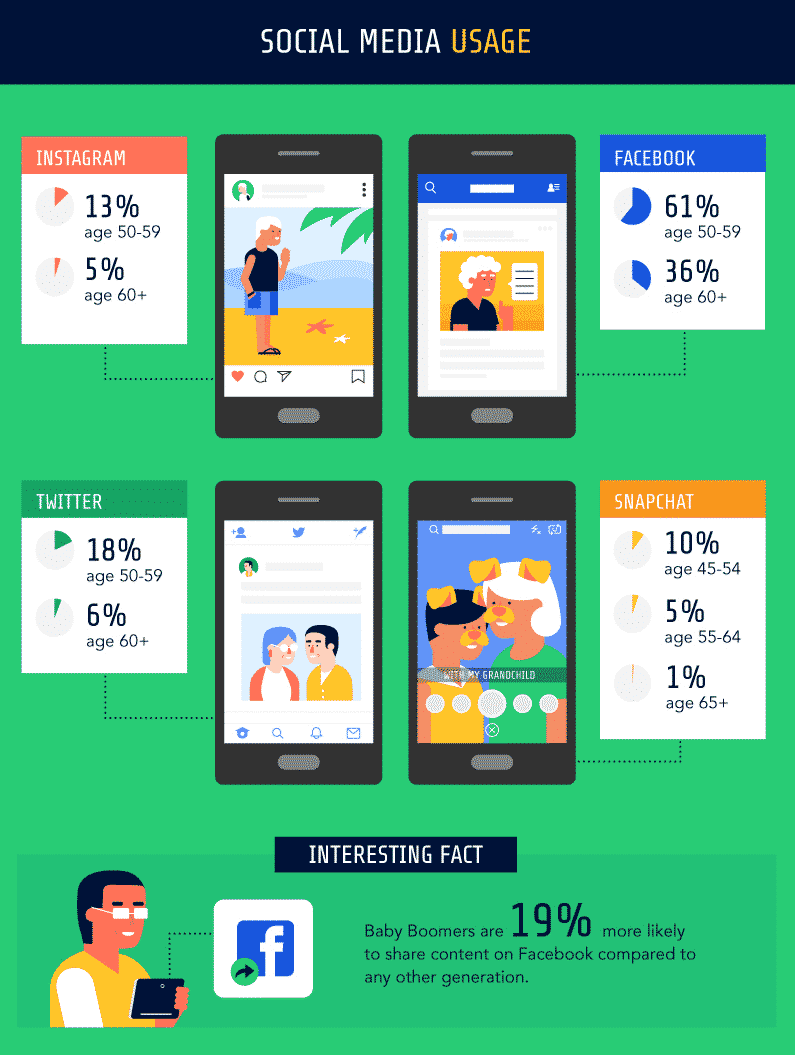 Who doesn’t use the internet?

That’s not to say that all seniors do use the internet. 34% of those who are over 65 don’t go online at all. This is a massive difference when you consider that that figure drops to just 3% for those aged 30–39.

Why don’t some seniors use the internet?

One of the challenges is poor health or a physical condition that doesn’t allow them to easily access the internet. This affects about two out of five seniors. Almost a quarter of the older generation does not believe in looking online for news, etc. They don’t feel as though they are missing out at all.

But, the most prevalent reason by far, in fact in 77% of cases, is simply the lack of knowledge. They need someone to show them exactly what to do and help them until they get the hang of it. In about another quarter of cases, online harassment is cited as the reason to stay offline. About 22% of those in the United States who are fifty or older have been harassed online before. 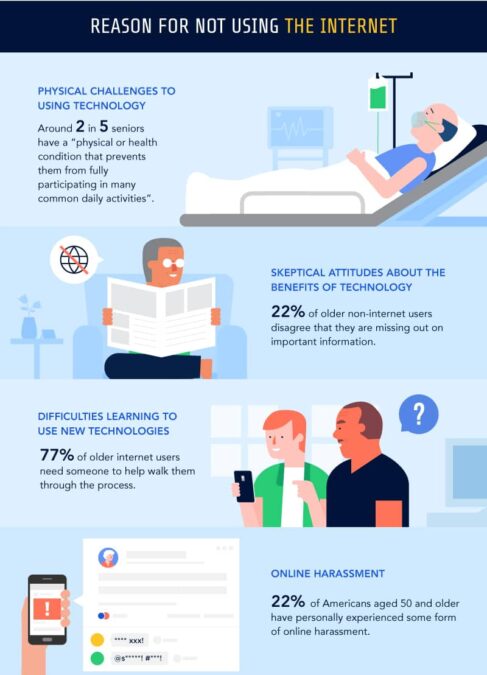 So, there you have it – have you changed your thinking as far as the elderly and the internet is concerned?